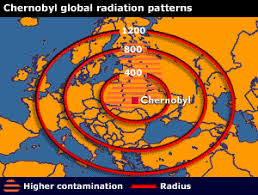 A columnist in the Daily Mail, one Richard Littlejohn, has the temerity to tell the voters of Britain whom they should NOT vote for. He diversifies his attack upon a legally-constituted and democratically-run political party by stating that, if people wish to protest, they should try UKIP, or the English Democrats, or anyone but his non-favourite party, the B.N.P.

Now I much prefer to keep my political inclinations to myself, and my political statements are made in attacking all three main Parties, as I consider them all much the same, which is fairly useless, but I would never ever advise anyone to cast their vote as an alternate to a Party with which I disagree.

The British National Party may be many things, but the one thing they are not is a Party which sets it’s policies as decided by asking people what they believe in, and then altering their policies to suit.

As a group, the B.N.P. carries certain baggage along with their checkered history, but I cannot believe that by voting for a B.N.P. candidate, a voter is sounding the death-knell of British Democracy. From my own reading of their policies and statements, I would say that they deserve as much consideration as any other of the opposed parties, and maybe even more than some!

In amongst all the veritable ‘flood’ of comments upon the sewage screw-pump failure at the Seafield Treatment works in Scotland, a few reasoned and temperate, the vast majority both uninformed and typical of the extremely low levels of knowledge of basic civil engineering processes; almost all missed the one basic action which was perfectly demonstrated by the increased flow of sewage into the Forth Estuary. This action is of course part of the established practice, extant in all areas of the developed world where civilised societies have built water treatment and sewage plants for the continued health of their population; in that when an ‘Event’ occurs, whether through an equipment failure or a sudden downpour threatens to overcome the existing works and storm systems, the ’emergency flow’ will always be towards open water! If stations had to be designed and built to cope and contain all eventualities, they would need to rise in size, cost and complexity by a factor of about thirty. One comment asking why there weren’t two archimedes screw-pumps in play at Seafield is a valid one, and that can only be answered by those who chose, finalised and accepted the design. The screw-pump in question raises the sewage, which flows into the works at a very low level, up a height of some ten metres, so that gravity runs virtually all the process after the pumphouse!

Where I personally would take issue with Scottish Water is in their choice of Thames Water to help build and run their plant, which was upgraded in a PFI set in 1999. Thames, from the moment of it’s inception as a privatised Company, has only been interested in one thing, increase of ‘Shareholder value’ and everything is subordinate to that purpose! During my own involvement with Thames, sometime as a direct contractor and sometime whilst working for consultants, the rush towards automation, and hence de-manning, was foremost in the minds of the original directors, almost all of whom have moved on once their damaging work was done. The lists of maintenance and breakdown tasks which grew exponentially was legendary within the industry, and when Thames was the body part of the old Metropolitan Water Board, such lists would have been grounds for dismissal of senior staff and management; nowadays this conduct is rewarded with promotion and bonuses!

The old adage of ‘you get exactly what you pay for’ does not ‘sync’ when one deals with Thames Water, and Scottish Water, in my own personal view, made a bad bargain for their fellow Scots when they signed up with this rapacious conglomerate!

It’s been a long time a-comin’, but the latest addition to the mighty Royal Air Force rolled majestically out of it’s hangar, after a small amount of refurbishment!

“The fact that the hangar is part of the Imperial War Museum should not be taken out of context”, the Ministry of Defence answered yesterday to certain pointed enquiries!

Photo ONE of the transporter and oil rig off Angola. All is well!

What is supposed to happen is the transporter ship uses it’s own ballast tanks to slowly lower itself down, and let the oil rig float off! What could be simpler?

Then the rig starts to float off; but things start going wrong!

Starts to get worse!

All is definitely NOT well!

I offer this link to a BBC web-page which details questions to be asked of Indian female civil servants without comment, as any comment would indeed be superfluous!

There has appeared within the wider world of Blogging an attempt to bring some form of self-regulation to the wide-open world of blogging, and I must admit to an intense feeling of annoyance when first reading this comprehensive poppy-cock!

This self-appointed guru Tim Reilly wants us all to self-censor content, as well as scrutinise and sanitise comment on our blog-sites! Well, BALLS to Mr. Reilly!

I shall continue to post exactly as I please on my own site, and if anyone dislikes it, they can all piss off somewhere else and desist from reading these pages. I already check what is allowed to appear within the comments section, and delete those, usually obscene or offensive, comments posted as well as all the SPAM crap which gets through the filters! If they are upset or offended; GOOD! That’s the whole purpose of this sort of writing; to be able to say exactly what you wish, and if someone doesn’t like it, TOUGH!

Checking through some of the blogs who have visited my site recently, I came across a little treasure-trove of items which didn’t get anywhere near the BBC screens or microphones!

Long gone are the days when the Beeb was looked upon as impartial, or even-handed; now it’s down there in the muck with such prime examples of journalistic integrity as Fox News and Radio Moscow!

The preceding names have but one thing in common, they have all been past honorary Presidents of the Students’ Union at the London School of Economics.

Wiesenthal, a giant amongst pygmies in both moral and physical courage, remembered for his unending search for the criminal Nazis who still remained beyond the reach of justice.

Ko Thet Win Aung. Now dead, he was imprisoned, serving a sentence of 59 years for the vile crime of organising protest against the Burmese dictators.

Silcott, a violent murderer and psychopath!

Dead clever these L.S.E. students, choosing only the most worthy to be their honorary leader!

The pictures of “The Frightened Fifteen” embracing their ‘loved ones’ are ever-so-slightly sick-making, in a Nation which once had true heroes such as Captain E.S.F. Fegan, V.C. Royal Navy; the sailor who turned his ship, H.M.S. Jervis Bay, to steer directly towards the Admiral Scheer, a heavy German cruiser intent upon savaging the convoy which ‘Jervis Bay’ was protecting.

Without any hesitation, this man sailed his ‘Armed MerchantMan’ in under the guns of this mini-battleship, and took his ship, along with all her crew, to their deaths; but the convoy was saved, as they scattered before the killer cruiser could catch them.

We see the results of shitty decisions, political chicanery and back-stabbers united in the recent actions of Iran subjecting fifteen British service personnel to two weeks of detention in their midden of a country!

The proud traditions of a Royal Navy, or at least the Royal Navy which I knew, admired and respected, would not have allowed their sailors and marines to be tamely captured by a bunch of wild-eyed fanatics! The Navy I knew would have opened fire without hesitation, and would have fulfilled the honourable memories of a Service with over three hundred years of tradition behind it! The Navy I knew would not have tamely held back, and let their comrades be taken hostage without a firefight!

But that was a different Navy, and those were different times!