As some may recall, I wrote that I went to a Catholic Grammar School. From my advancing years, I can honestly state that my education wasn’t very good, as the whole school was run by Catholic priests, with a leavening of teachers from ordinary backgrounds. The standard of education was moderate, but, as far as I recall, I only ever gained four things from my time at that school. I learned a great and abiding distaste for bullies, especially bullies with a religious ideal; I did gain a method for ordering my mind in the learning of the Latin language, and of Ancient Roman history; a deep and abiding respect and admiration for classical music: but finally, and perhaps crucially, we were all given one piece of advice which stuck in my memory for over sixty-odd years. We were told, indeed advised, as a matter of priority, that we should read a book entitled ‘The Scourge of the Swastika’ by Lord Liverpool.

When reading the pages and gazing silently at the pictures within, from the perspective of a fourteen-year-old boy, it was almost incredible to understand that these savageries, these colossal crimes, were mainly all commissioned and carried out by Germans; the same Nation who gave birth to Schiller and Goethe, and also to the music of Telemann, Bach and Offenbach.

But I would like to bring to your attention another, perhaps more important document, or rather Documentary, this being the long-concealed filmed history of the discovery of the almost unbelievable sights which faced the first British soldiers who drove into Belsen, the ordinary Russians who burst into Maidanek, and their reaction to these unbelievable barbarities. Two things stick in my mind; the first was a statement by a British officer that all the SS and other guards were arrested and later made to fill the mass graves with those emaciated corpses. The second was perhaps more human, more immediate; the Russian soldier said, ‘The SS and the guards; we shot them all down where they stood.’ I have not been able to locate the slot on the Channel 4 ‘on demand’ site, so here, in all its ghastly glory, is that Documentary, hidden away for reasons unknown, for over seventy years.

I learned two things from that film: one was that when a corpse which looks and gives the notion that it was a skeleton is carried, or dragged from where it was casually piled towards the mass grave which was its final resting place, whatever flesh and skin remaining gave the impression of being almost elastic, or rubbery: the second being that the men and the women who organised and managed these fields of death looked just like any other human being; except possibly there was a common factor of a deadness about the eyes. They were not ashamed about their handywork; but perhaps ashamed that they had been defeated.

When America wants to see and watch class, it instinctively knows which films to watch. American Sniper was the highest-grossing film over the long weekend with over $200 million, playing in  3,705 theatres across America. N.B.  No free seats were given away at all! A story about an American hero, who served his Country, and his family, and died in truly tragic circumstances, apparently murdered by a man he was trying to help.

American Sniper, a movie celebrating the heroics of a white man (a white man who every institution – television, Hollywood, academia, government, and commercials – in America works overtime to denigrate) has one of the most astounding opening weekends in the history of cinema.

Compare this record with the much-hyped Selma, which hoovered up some 275,000 ‘students’ who were given free tickets to see a film which not many other people wanted to pay to watch, and of course was the critics’ darling and ‘best film’ and all that rubbish. We even got the widest mouth in American politics, that’s the one belonging to Al Sharpton, decrying the fact that there are no black people in the nominations for the Oscars.

Selma? No one cares, save Oprah Winfrey and her coalition of well-connected black businessman in major American cities whose entire fortune is dependent on government-mandated minority contracts.

When Thomas Babington Macaulay wrote of the heroes who stopped the attack upon Rome; he wrote:-

Then out spoke brave Horatius, the Captain of the Gate:
“To every man upon this earth, death cometh soon or late;
And how can man die better than facing fearful odds,
For the ashes of his fathers, and the temples of his Gods.

When the American John Gillespie Magee, Jr joined the Royal Canadian Air Force, he joined because he wanted to fly and fight against the Nazis in England. He got his wish, and after flight training, he flew Spitfires for 412 Squadron, R.C.A.F. He died three days after the United States entered the War. But some three months before his death, he wrote his parents, attempting to describe a test flight up to 30,000 feet, in the words:-

Up, up the long, delirious burning blue
I’ve topped the wind-swept heights with easy grace
Where never lark, or ever eagle flew —
And, while with silent, lifting mind I’ve trod
The high untrespassed sanctity of space,
Put out my hand, and touched the face of God.

Fast forward to todays’ 24/7 news cycles, to the ever-expanding Internet, satellites and wrist-watches with the computing power equal to the Apollo Moon capsules, and then concentrate on the images captured by the Hubble Telescope. Somehow, when we read:-

Yet the discovery also relied on supermassive zoom lenses that are built into the structure of the universe. Clusters of galaxies can act as “gravitational lenses” that magnify and brighten background sources of light, including stars and galaxies such as MACS0647-JD.

We have to accept that, somewhere, we have lost the poetry which might have described the illumination of the beginning of Time.

One of the many things which both my wife and I have been forced to abstain from, primarily because of certain side-effects of her illness, is visiting and listening to live classical music concerts. If I could explain that, in terms of the essence, the immediacy of live music is both enhanced and achieved only with perfect silence within the auditorium, so that all the multitude of sounds which coalesce to form an orchestral piece, or a strong tenor’s voice in a well-loved solo, or the thrilling sounds of a female as she performs an aria; can all coalesce into the ears and minds of an audience. I have complained about extraneous noise in a concert hall, because there is nothing more distracting than any noise, no matter how slight, impinging on your enjoyment of sublime music. My wife cannot, simply cannot, be quiet. She breathes noisily, coughs a great deal, and in general makes many involuntary noises. Could I bring my beloved wife to listen to a concert? Of course I could. But the question surely is: should I? If I have respect for the other fifteen hundred members of the audience; of course the decision is that I stay away, and not disconcert or annoy other paying customers and lovers of music.

Do I resent having to absent myself from attendance of these concerts? Of course I do, but I do so out of respect for all the other members of the audience, and I expect the same respect for my own enjoyment by all others. Could I go alone to hear the music which has been part of my life for so many, many years? Of course I could, but I would not dream of attending without my wife, mainly because we have been together for so long, that a visit without her beside me, would simply be so selfish as to be impossible.

Which is why I find the attitude, and actions, of this bloke, together with his ‘carer’; in complaining because he was asked to leave a cinema because the noise of the motorised respirator annoyed other members of the audience, totally disgraceful. It is not ‘discriminatory’, it is not ‘insensitive’, it is not ‘disgraceful’ this is the world in which we live.

As one ‘Disability Campaign Officer’ stated, “If the noise unfortunately disturbed other customers, then you would hope they would make the compassionate choice to move seats.”

No Madam, you are wrong. These people paid their cash, and wished to enjoy the film uninterrupted by noises such as a ventilator, and they were correct in complaining. The Odeon cinema chain were equally wrong in their apology; as far as I am concerned, they had nothing to apologise for. 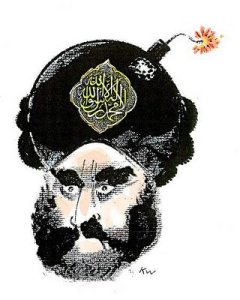 I listened with half an ear to yet another of the interminable interviews of locals involved with the Ebola plague outbreaks in West Africa. Half-an-ear, that is, until this local woman stated that it was their right to wash the body of a dead relative because of religious traditions and local customs.

I was about to shout, as you do, at the bloody radio that the least possible safe thing to do with someone who has died of Ebola, is for all the bloody family members to salute, kiss and wash the virus-leaking body of their dead relative, before wrapping his or her remains and dropping them in a very deep pit in the ground.

But then I remembered who was being discussed, a bunch of deeply-superstitious and tribally-riven blacks, ill-educated and deeply suspicious of anything promoted by the White intruder; and instead decided simply to encourage them to go about their business as they wished to do, as long as all the British Service personnel gets safely out of their Sierra Leonian cess-pits after being placed in the direct line of fire by politicians who sensibly have steered well away from any possible contamination themselves. As long as our British forces personnel return safely to our shores, the rest can slowly perish in that particularly savage viral onslaught, while continuing to proclaim their right to smother any dead body with saliva in some sort of collective death wish. As with Sierra Leone, so with Mali, Liberia and Guinea.