More dearly than the spoken word can tell,

She was built for one thing, and one thing only, to deliver a massive retribution on the atomic scale against a Soviet Empire which, at one time, threatened all of Western civilisation. Her engines were never fired up or used in that promised carnage; but they came in rather handy in a conflict twelve thousand miles south, when Vulcan 607 managed to drop one bomb out of a stick of eight slap-bang in the middle of the Port Stanley runway; thus ending the Argentinean plan to base fast jets on the Falklands. With typical British lack of any kind of pre-planning, 607 was rescued from a planned scrappage schedule, sent down to Ascension Island, and in the single longest flight in Royal Air Force History, along with no less than fourteen Victor tankers on a re-fueliing saga which enabled the ever-thirsty bomber to fly an astounding 8,000 miles round trip.

She was a symphony of  steel, aluminium and passion; her sound was so distinctive it became known as the Vulcan Howl; there will never be another, and I hate to see her go! 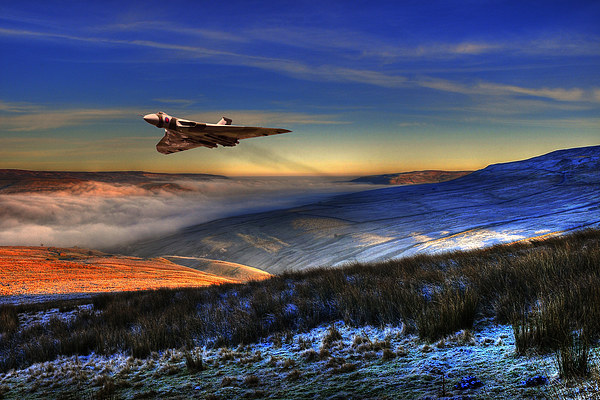