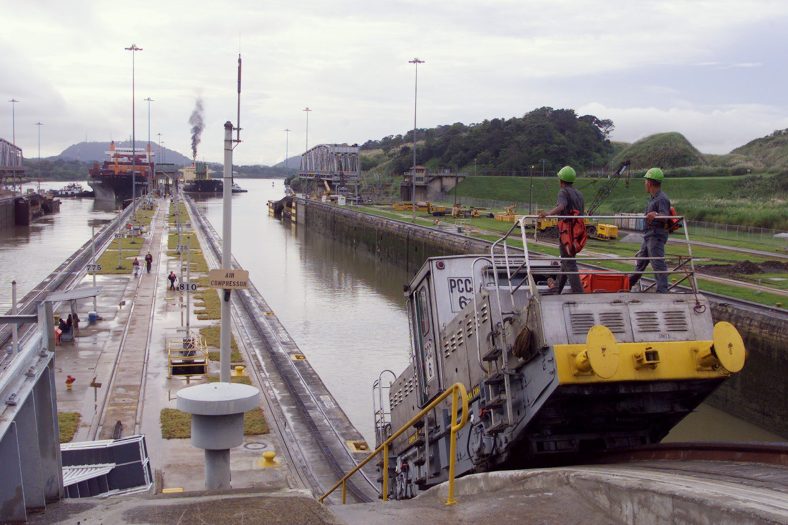 PANAMA – SEPTEMBER 17: The Panama Canal will be turned over to the government of Panama at the end of this year. A mule, an electric locomotive used to pull ships through the canal, makes its way down the Miraflores lock to await its next burden. Six of the locamotives pull each ship through. (Photo by Harry Hamburg/NY Daily News Archive via Getty Images)

When the Panama Canal was first opened, the only way that the ships passed through the lock system at both ends of the Canal was to be pulled by powerful electric locomotives; which kept the ships centred within the locks as they traversed, and the ship’s engines were, in fact, shut down during the lock passage. Only when in the Canal proper were the ships allowed to use their own engine power, but the electric ‘mules’ dominated the passage through both main sets of locks. From the earliest management of the Canal, the men who drove the ‘Mules’ have always won in every labour confrontation with the management, mainly because the drivers Union is the strongest in Panama.

So when the new locks were being designed, the Canal management decided that they would give the work to the tugboat skippers, along with ‘judicious use’ of the ships’ propulsion screws, and let the ‘Mule’ drivers rant and rave at the sheer ‘unfairness’ of it all. The Canal guys stated that the tugs could do the job, and the Mules would not be needed. 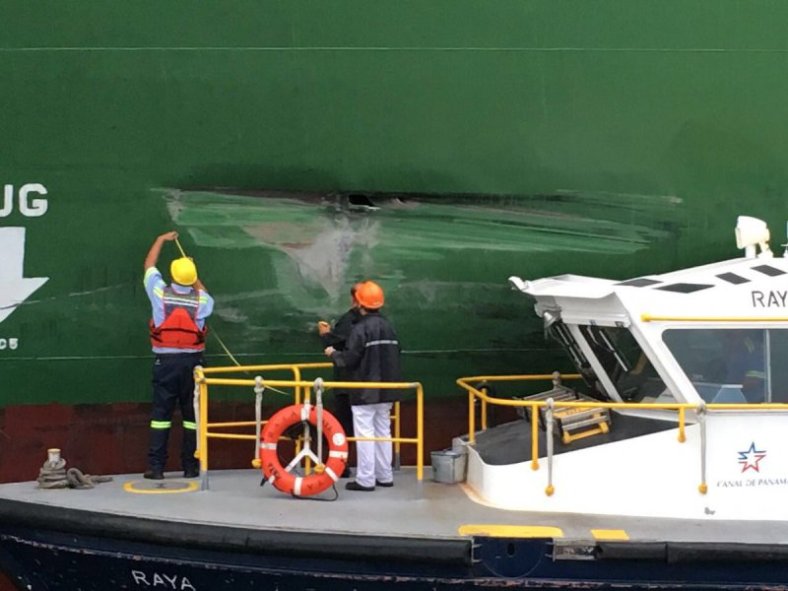 Somehow, I reckon that the Canal company is going to have to eat its words, as the tugs are just not cutting the mustard. Picture shows damage to the side of the third ship which has collided with the lock wall, and the bloody new locks have only been opened for about a fortnight!

The only good thing to come out of this mini-problem is the fact that the concrete used to construct the lock walls is tough enough!