..and with Hell we are at agreement.

Some eighteen-odd years ago, I was a supervising engineer running construction works sites to install a new system supplying, transporting and pumping huge quantities of treated drinking water to a sector of North London.

My site office was on the outer rim of a fairly large site, with the telephone line strung along three sections of an old wall, total length of cable was some eighty yards. The whole site was hit by a lightning strike, my old-fashioned fax machine was literally blasted, the electrical supply cable to the office blown apart at a junction box. Once we got sorted, power supplies were repaired, but the phone cable was dead. As the phone company couldn’t supply staff to immediately repair the line to the site office, I decided to locate the fault myself. The field area itself was virtually waterlogged, as we had been hit by unremitting rain for over three days; the mud was literally deeper than my site rubber knee-high boots. For the next hour, I had to literally pull my feet and legs every water-logged yard, as I worked my way along the length of the phone line. It was unremitting slog, with the mud sucking at my legs and feet every foot of my journey.

Now transport me to a trench dug into the soggy earth of a wood given the name ‘Polygon Wood’ timed at ten a.m. on the morning of 31st July 1917, place me amongst three regiments of British soldier ‘Pals’, arm me with a rifle, burden me with 90 pounds of kit, ammunition and equipment deemed necessary by someone in an office in London who had never seen the conditions under which we had to fight or even exist; and then, on the signal of a whistle, blown by an officer who was just as doomed as the rest of us; climb out of that soggy trench, and struggle forwards into the never-ending mud and machine-gun fire from the Kaiser’s well-armed, well-supplied, and confident regiments opposing us. The title, ‘Polygon Wood’ may be a slight misnomer, as the only evidence of trees left in that nightmare swathe of blasted and bomb-strewn mud, were a few splintered trunks still upright.

For those of a delicate disposition, or who remain of a sensitive nature who recoil from reality, the photograph which gives the full bloody, body-tearing message of this nightmare is shown below. We struggled on, and then too often fall back under the guns, shells and bullets of well-sighted German infantry and artillery, who had of course been informed virtually of the minute when we would first advance because all the roads, where all the vast amount of stores, shells and of course; men were under the gaze of German observers, who knew how to count. Men and horses literally drowned in the mud, churned by the millions of shells from both sides, which is one reason why there are so many names on that Memorial. 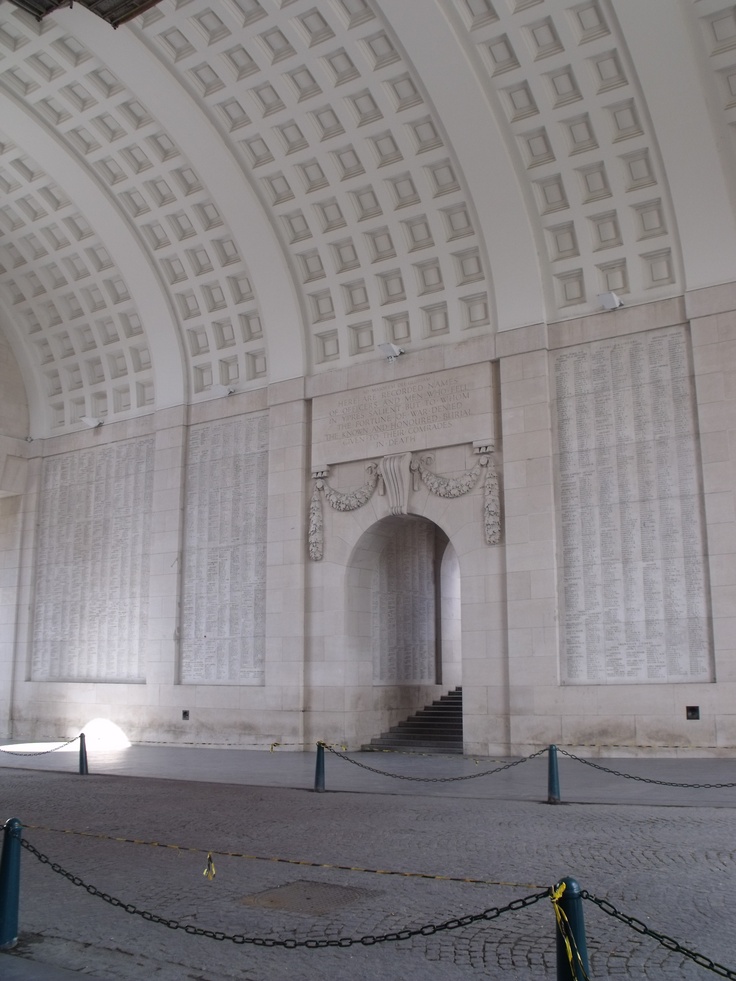 The battle ended in November, with over half-a-million casualties; with approximately four miles of territory gained after three months. The plan, to sweep forward and attack the Belgian coast-sited submarine bases, from where the U-boats aiming to starve Britain into a surrender would sail; did not even smash the well-built artillery bases which protected the frontier barbed wire. The Passchendaele salient was gained, but very, very little else.

Back in the comparative silence and safety of 2017, I must look back, and ponder, if we had known them what we know now, would we have even bothered? We, the West and Allies, had to fight another War, but not, as we thought to stop an autocratic Dictator from pursuing his dream of ‘Lebensraum’; but to stay and end the dream of an evil genius whose dream was that of a world without Jews, without gypsies, without homosexuals or the mentally-ill or feeble, without Communists and Stalin: and of course without the military might, arms and minds of an Allied Cause who fought and finally defeated him.

Looking at today’s world, where we have allowed a Fifth Column numbering nearly three million adherents of a Religion which preaches our destruction; to enter and settle in their ghettoes; sited in London, Luton, Bradford, Manchester and in many other towns and cities across the four nations which make up this once-United Kingdom. Look at the 23,000 listed people, all from that same religion who have at least come to the attention of our Security Services who have thought about, considered or preached ‘Jihad’, who demand ever more that they need to come first, and everyone else a bad second; and then determine if those sacrifices in the three months of mid-1917 were really worth it, after our pusillanimous politicians have not only left the field, they have surrendered that high ground completely!