We are watching as either principled former Cabinet Ministers resign because they cannot speak in support of an EU deal which virtually and specifically ties the UK’s hands with silken but steely-strong ropes: or as rats deserting a sinking, stinking ship-of-state, fearful that they will lose any chance of promotion in another Tory Government; led by a different Prime Minister. When Shakespeare wrote, in Julius Caesar, of the soothsayer warning Caesar about the Ides, or the fifteenth of the month; the ruler ignored him: for what could a soothsayer know? Theresa should have had the foresight to employ the equivalent of Mystic Meg to warn her that, in going to the Commons on the morning of the 15th, she would be making the mistake of her political life. She has broken too many promises, made too many concessions; the Ides will probably see the end of her premiership, or at least the beginning of that end!

Theresa May might be correct in stating that it (the Withdrawing Agreement) is about the best that Great Britain can expect. What she does not state is that Great Britain and Northern Ireland (GB&NI) has been outmanoeuvred from the beginning of these negotiations, partly by the betrayal from within by May’s own team, working behind the backs of the original Brexit Ministerial team, to produce a document which would find favour with the Europeans. With the amateurish briefings, the ‘red lines’ which suddenly became a ‘whiter shade of pale’, with the flood of concessions, all from Britain to a tough, united European Union negotiating team. With the Prime Minister’s hopeless and fruitless attempts to peel apart the solidified stance of the EU by visiting various EU capital cities and virtually pleading with various Presidents and Prime Ministers to give GB&NI some leverage, some breathing space. That whole exercise was a waste of jet fuel, as well as valuable bargaining time.

The mistakes which were made even before the Referendum took place have only now become apparent. The Government was so confident that they had made their case to the British people that they forgot that a Referendum question has only two answers: ‘yes’ or ‘no’. They forgot that a prudent Government makes plans, and someone should have tapped Cameron’s weasel shoulder, and politely suggested that, maybe the ‘Leavers’ had a point; maybe even not a very good point: but wasn’t it maybe a good idea to explore the (to the Triumphant Tory Toff) possibilities extant in ‘Leaving’? I recall awaking on June 24th, and being more than bemused to find that we had won! I was truly astonished, but perhaps not as much as our former, truly unmissed, Prime Minister.

I wrote on the morning of the Referendum vote those heartfelt words:-

Where a tiny bunch of powerful barons forced an autocratic King to face the limitations of his powers. 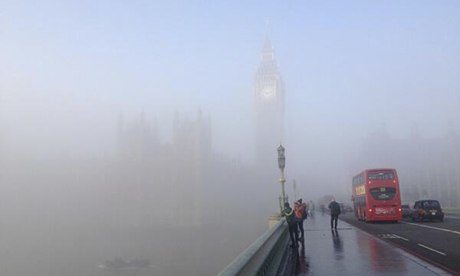 Where, hopefully through today’s momentous vote, the mists will finally lift to bring back within our own borders and shores; the ability to write our own laws, free of a foreign court’s ability to overrule our own: to establish who runs our Nation, and who, in due course, we can dispossess by means of an unencumbered VOTE!

What we have been left with is a choice between further slowly solidifying control of GB&NI’s trading arrangements from an EU which never ever forgets, and crashing out in a NO DEAL scenario which will be economically bad, for at least two or more years, for the UK.

I leave you with a small piece I wrote over a year ago:-

In 1975, I was living in South Africa, raising a family; but news from the Country of my birth still filtered through, despite the newspapers being four/five days later than publication. I watched at second hand as the lies, the sheer hammer of the Elite Establishment pounded any opposition to British involvement in the European Common Market, as it was then known; into the dust. The slightest reverberation of dissent, of a call that the best way would be for Britain to shake off those ever-stronger European bonds, which were supposed to be silken, but turned out to be cast iron, was ruthlessly crushed, with those who spoke the truth as they saw it, being ‘rubbished’ and virtually vilified.

The Oxford Union debates have been memorable, but most have been hardly publicised outside a fairly exclusive circle. They have been the cockpit for the debates such as ‘”This House will in no circumstances fight for its King and Country”, as well as the strange feminist squeals from Camilla Batmanwhatever. But one of the most important debates in the last Century was the one entitled ‘That this House would say ‘yes’ to Europe’; which question was referring to the Referendum on Britain’s membership of the European Economic Community. The speech which rings true as far as this observer recalls was hardly covered by most newspapers, brushed aside within the ‘learned commentariat’, and, in the end, firmly defeated in the debate. But the one word, spoken by Peter Shore, a Labour Politician, is and was echoed in another, much more recent Referendum which came to a very, very different conclusion. The conclusion of the later Referendum was that we should LEAVE the EU; and the echoed word? Why, it was simply ‘FEAR’. Now when was that term used, and how was it used in that later Referendum?

I give you Mr. Peter Shore, a prescient politician who, like many of his confreres both then and now, was dissed, insulted and virtually ostracised: for speaking the entire, unvarnished truth as he saw it!