I listened to a snip on the ‘Today’ programme broadcast from Xingiang, a Chinese city thousands of miles distant from Peking. The pervasive influence of the Chinese Communist Party is as evident here as it is in downtown Hong Kong or riverside Shanghai, as was noted by the comments of the radio journalist. Whilst there is a huge bustle in the city, and industry and commerce are both booming, it is the little things which struck the ears with the wrong notes. When any passer-by was asked what country they were in, the response was automatic; “why, we’re in China!”, but never any dissent, never any argument, any view contrary to that of the ‘status quo’.

Xingiang is host not only to many thousands of Chinese soldiers, it is also the home of the Uighur Muslims, whose allegiance is to Mohammed and to Islam. Whilst in most cities of the world, British included, resound some five times a day with the calls to prayer for the ‘faithful’, there aren’t any echoes of the muezzin’s voice in this busy city. Noticing this, the reporter and his ‘official translator’ moved to set up and wait by the main mosque, as they had been told that there, at least, the calls would be heard. A message was delivered to the translator that sadly the loudspeakers had ‘just’ broken down, and therefore there would be no amplified call to prayer that evening! Funny that; just another sad coincidence!

Whilst I have no truck with organised religion of any creed these days, I hold that one of the few inalienable rights of all mankind is to hew to their own beliefs. If anyone wants to pray to allah, or indeed to any other god; fair enough, as long as he doesn’t attempt to change anyone else’s mind or life. This premise, which I would stress is mine alone, is not evident anywhere where the dead hand of the Chinese Dictators lies heavy on the Chinese people, whether in Xingiang or Shanghai. BMW’s, Bentleys and high-rise apartments are no substitute for free expression. The vision which fuelled the students in Tiananmen Square is still there, hidden deep but strong. The same purpose which fuelled the Buddhist monks and their Burmese protests is maybe dim and distant in mainland China, but one day, there will be a muezzin’s call heard again in Xingiang, and the days of the Chinese empire will have ended shortly before that voice is heard!

Saw the headline only on a link, and immediately thought that the true millenium had arrived, Charlie and his long-time slag had been eased off the front pages, and we had a new lad on the throne, but was so disappointed to learn that it was all about illegal immigrants in America. 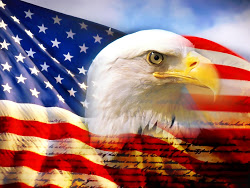