Grief and sympathy are normal human emotions. When we lose a close member of family to death, whether accident or illness, we are touched with an emotion which is peculiarly human. it is a singular thing to be human, and it shows in how we grieve. True grief is reserved for those closest to us, a family member; a loved one from outside the immediate family. Being human, we also can feel sorrow at the death of a pet animal, because they have shared our lives; despite the knowledge that they, being animal, whether dog, cat, horse, tortoise, cannot possibly have shared our emotions.

When another human dies, one who is unknown to us, we cannot feel the same grief because we have not invested any mental capital in the unknown’s life, and therefore we are divorced from the need to grieve for one who is, and now was, unknown. That fact is why I detest the false shows of emotion for people who have died in the full glare of media publicity. For example, the murder of Joana Yeates bore a whirlwind of public grief, with memorials planned seemingly all over Devon and Somerset, yet she was just an ordinary woman who died. Or was it just the time of year when nothing much else was happening, so the newspapers and the tv went berserk over this murder? I would remove, from my critique, any memorial or ceremony to those of our Armed Forces who died whilst on active service, notwithstanding the fact that we are, in Afghanistan; in the wrong place, at the wrong time, and for entirely the wrong reasons!

I write of grief, of death, for two reasons. The first is that old age and death comes for us all. The silly rituals of vain women the world over in their stupid and ludicrous search to regain the flush of youth in their appearance has me asking myself has the world gone mad? We have women supporting, with cash, a multi-billion dollar industry in cosmetic products, including the injection of what is a deadly poison into their faces in the hope that ‘wrinkles’ will disappear. And in a country not too far away, people are dying because they have only contaminated water to drink! We now even see adverts for men showing how they too can regain their toned skin etc., but only if they use Product A, or as a last resort, Product B. The reply to my earlier question is of course that the world has gone mad, but we haven’t noticed yet!

The second reason for writing of grief is to express my sorrow for the 18 million souls who still have to exist and endure under the brutal dictatorship of the North Korean military. The pictures of the seemingly overwhelming grief spatter all over our newspapers and screens, yet we do not see the other photographers, the ones who systematically photograph the crowds of ‘mourners’ in the hope of catching a ‘dissident’ who isn’t quite as grief-stricken as he should be. The garish and revolting ceremonies, for a ‘leader’ who was no more than a figurehead for a regime which holds around a million of its citizens in concentration and re-education camps, should be banished without delay to a history shelf, and only discussed when the North Korean nightmare finally ends, when a subjugated people finally get their own chance to settle their own lives, hopefully by ending, swiftly and brutally, the lives of their oppressors!

One of the loudest boasts of the European Union Gauleiters has been their claim that, by instituting their Single Market, with the requirements that all commercial and industrial companies have to operate under the same rules and restrictions meaning that no-one within the Union can operate with an unfair advantage. Well, that is the general idea, but it all depends which country you operate in, and whether you abide by the rules at all times.

About seven years ago, the Commission bent under the pressure from animal and bird-friendly people, who tend to shout louder than most, and agreed that the old system which allowed crowded battery cages for egg-producing hens to be used throughout the Union would be outlawed, and new, environmentally-friendly group layer cages would be introduced throughout the Union by January 1st 2012. The investment in the new colony-cage systems is reputed to be, in the whole of the United Kingdom, running into £billions!

All so far, so good. But this extra investment, by the law-abiding British egg producers, now is placing our egg-producers at a distinct disadvantage from our cousins on the Continent, who in over a third of the total European egg producers, have not even commenced changing from the now supposedly-outlawed battery cages to the new, and very expensive, colony cage system. And apart from imploring all users of liquid and other illegally-produced egg to buy and use only British egg in their cakes, dough and products, our useless Government cannot, have not and will not outlaw the importation of the low-priced product from our European cousins across the Continent. Why, because that would be against the Law!

Watching the usually-hidden workings of the European bunch, including the Commission, the Council and the various sewage departments, as they vent their fury upon a Union Member (the United Kingdom), as we had the sheer audacity to say ‘No, Thanks’ to yet another bandage job (or treaty, as they prefer it to be named), I did not realise the amount of acid which was being splashed in our direction.

So, Cameron, for the first time, showed a tiny proportion of intelligence as he stated that he, and of course Great Britain, did not wish to envelop ourselves in yet another Treaty which had not even existed even in a draft format when it was presented to the Council. Bitter experience, as with the Lisbon, Maastricht and all the other Treaties which promised one thing, and strangely enough ended with something entirely different, had shown Cameron that if he had signed, he would have been consigning his nation to evermore ‘collective rule’ by the ‘colleagues’ in Brussels.

So he walked away, and has been perhaps vindicated in a way perhaps special to the Brussels Dictatorship. Because the draft Treaty, when finally published, shows that it would become Law when nine of the seventeen nations ratified it, with no referendums or blocking Parliaments allowed to interfere with a decision of those same ‘Colleagues’!

I do not know how this oily crowd are planning to get around  Article 4.2 of the Treaty on European Union , but, rest assured, they will find a way!

Just think, if you will, of the uproar within the Westminster Parliament, never mind the so-called Eurosceptic newspapers, if they were told that, because the Prime Minister had signed up, they would not even be allowed a vote, because it would not matter!

A national survey and study by the Government Accountability Office had indicated that many Americans who do not seek, or who reject, the new $1 coin for use in commerce would actively seek the coin if an attractive, educational rotating design were to be struck on the coin.

Many people cannot name all of the Presidents, and fewer can name the spouses, nor can many people accurately place each President in the proper time period of American history.

So America passes a Law to stamp and produce $1 coins, with printing stamped on the side, all to commemorate all the Presidents of the United States, because it was felt it would be a ‘good thing’ for American historical knowledge as well vending machine users.

So as a result of something which was done as ‘a really good idea’, America has now got to store and protect a pile of1,400,000,000 (1.4 billion) dollar coins, costing some $300 million to produce, which will take, according to conservative estimates, some ten years to pass into general use and circulation.

I bet Sacagawea feels really happy about this amount of ‘remembrance’ 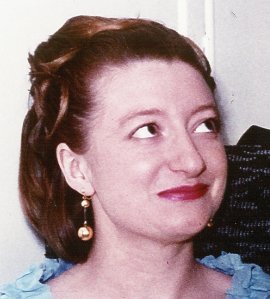 Item….A matched set of oak-handled steel carving knives and fork made in the Samurai tradition.

The above list represents the total of things physical which date from our wedding some 44 years ago, but it does not cover one speck of the time we have spent as a couple, not of the milestones of that marriage, nor of the vows spoken during that simple ceremony all those years ago.

That glorious colour has faded from your hair, but those lips and eyes can still produce that slightly sardonic smile which fascinated me then, and still does today.

The steel of those long-held gifts reminds me of the bond between us, which has lasted through three children and three grandchildren, through the health and the sickness we spoke of when we stood together at that altar.

This morning I watched as the physiotherapist helped you move, with the aid of a walking frame and myself helping your balance, a few feet alongside your bed; the furthest you have moved in over six weeks.

Hopefully, we will see the light at the tunnel’s end together, as I know that there is a bloke with a box of matches nearby; and equally hopefully that time will encompass a few years yet!